27A great number of the people followed him, and among them were women who were beating their breasts and wailing for him. 28But Jesus turned to them and said, ‘Daughters of Jerusalem, do not weep for me, but weep for yourselves and for your children. 29For the days are surely coming when they will say, “Blessed are the barren, and the wombs that never bore, and the breasts that never nursed.” 30Then they will begin to say to the mountains, “Fall on us”; and to the hills, “Cover us.” 31For if they do this when the wood is green, what will happen when it is dry?’ 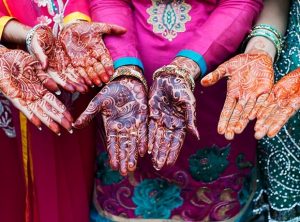 ‘Daughters of Jerusalem’ is a symbolic way of referring to the nation as a whole.  The people of Jerusalem have rejected prophets in the past and now reject Jesus.  He prophesises that the judgement of God will destroy the city (which happened in 70CE, after which the Temple was never re-built.  The Western Wall is all that remains of the Temple precinct).

Jesus (the green wood) tells the women to cry for Jerusalem (the dry wood).  He reverses the traditional blessing of fertility because in the days that are coming, those with children will suffer their deaths.

O Cross of Christ, today…we see you in the faces of children, of women and people, worn out and fearful, who flee from war and violence and who often only find death and many Pilates who wash their hands.

O Cross of Christ, today too we see you in the hardened hearts of those who easily judge others, with hearts ready to condemn even to the point of stoning, without ever recognizing their own sins and faults.

O Cross of Christ, today too we see you in those who dream, those with the heart of a child, who work to make the world a better place, ever more human and just.

How often do I limit diversity by assuming there is one ‘normal’ way of being?

Creator God, thank you for the diversity of your creation.

One way to reach unity in diversity is to educate ourselves about the realities some other people experience.  Visit the following sites and reflect on what you read.  Does anything here make you feel uncomfortable and if so, why?