As soon as it was morning, the chief priests held a consultation with the elders and scribes and the whole council. They bound Jesus, led him away, and handed him over to Pilate. 2Pilate asked him, ‘Are you the King of the Jews?’ He answered him, ‘You say so.’ 3Then the chief priests accused him of many things. 4Pilate asked him again, ‘Have you no answer? See how many charges they bring against you.’ 5But Jesus made no further reply, so that Pilate was amazed. 15So Pilate, wishing to satisfy the crowd, released Barabbas for them; and after flogging Jesus, he handed him over to be crucified. 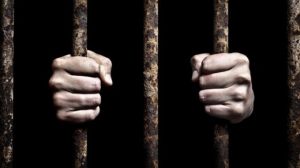 The ‘crowd’ was made larger by the fact that many visiting Jews had come to Jerusalem to celebrate the Passover, the Jewish festival of freedom.  The atmosphere in Jerusalem was dangerous – the crowds celebrating freedom yet being governed by the Roman occupation.  Jesus was a threat to the status quo with his challenge of Jewish leadership; is it any wonder that he was put to death, this being better to have “one man die for the people than to have the whole nation destroyed” (John 11:50).

Our gathering today is a celebration of the multiculturalism we enjoy in Australia, and a reiteration of its noble values, with the core essence of building cultural bridges and breaking barriers. We believe that the worst thing that can face individuals and societies is… the lack of willingness to read “the other” & learn his or her culture and values. We believe that the barriers between people are nothing but illusions, which are made by the culture of intolerance, hatred and fear. The only way to overcome those barriers is to get closer and exchange expertise and knowledge about one another.

The process of information and expertise exchange will lead to constant changes in the perceptions within any two parties. One will come to realise how vast and wonderful the areas of commonality are between fellow humans the moment the culture of “the other” is unveiled. We, as Muslim Australians, feel that our country’s greatest asset is its bouquet of cultures, races and religions, which have placed it at the forefront of the world’s countries that honour democracy, justice, equality and freedom.

When do I respond in a way that seeks to satisfy others rather than to do what is right?

Open my eyes, Lord, to see the dignity of “the other”.

One way to break down the barriers of the unknown “other’ is to learn about cultures different to our own.   Visit the Immigration Museum website and read about the experiences of a variety of people.