33When they came to the place that is called The Skull, they crucified Jesus* there with the criminals, one on his right and one on his left.  34Then Jesus said, ‘Father, forgive them; for they do not know what they are doing.’* And they cast lots to divide his clothing. 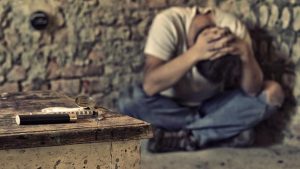 The hill of Calvary was nick-named ‘the Skull’ because of the way it protruded from the ground.

Jesus prays for all who have acted in ignorance of the Truth.  His death is the model for all who will follow him, as were people to know the Truth, they would not act with such violence. Despite the prayer of forgiveness, the soldiers continue in ignorance.

Forgiveness is a decision to let go of resentment and thoughts of revenge.  Forgiveness can even lead to feelings of understanding, empathy and compassion for the one who hurt you.

Forgiveness doesn’t mean that you deny the other person’s responsibility for hurting you, and it doesn’t minimize or justify the wrong. You can forgive the person without excusing the act. Forgiveness brings a kind of peace that helps you go on with life.

Who has hurt me?  Am I able to forgive them?

The Truth and Reconciliation Commission (TRC) was set up by the Government of National Unity (South Africa) to help the nation deal with the atrocities of apartheid.  The hearings brought perpetrators of violence and their victims together with a view to healing both sides.  Visit page 1 of the Register of Reconciliation. Spend some time reflecting on what you would say about your own actions towards others.